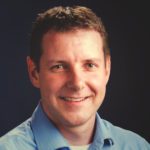 “It’s all about data for Pelco now,” said Stuart Rawling, Director of Segment Marketing at Pelco by Schneider Electric, when he sat down with Brilliance Security Magazine’s Steve Bowcut to discuss Pelco’s new data-centric paradigm.  Stuart cited the “visionary” leadership of their new CEO, Jean-Marc Theolier, as the driving force behind this bold new entrance into a world where the capture device – something Pelco has historically been very good at manufacturing – becomes only a part (some might say even the less important part) of the system designed for the effective utilization of video data. 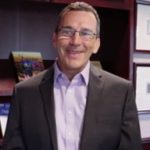 The backdrop, even the impetus, for this new paradigm seems to be their new partnership with IBM.  On April 12, 2018, Pelco by Schneider Electric announced a technology alliance with IBM.  “This new alliance creates what will be known as “Pelco Analytics Powered by IBM.”  This collaboration seamlessly integrates IBM’s deep learning analytics into Pelco’s video management system (VMS), leveraging data from video footage to quickly identify and respond to potential risks or opportunities. The analytics can quickly analyze huge volumes of archived video to identify people and objects of interest, dramatically decreasing the time needed for video forensic analyses. In addition, the solution identifies patterns of movement and behavior that help cities and enterprises mitigate risk and lower operational costs through improved processes and better policy enforcement” the official announcement says.

“This alliance was developed to solve real-world problems.  I’m very excited because we are doing some really innovative work looking at some very specific applications.  We are focused on people and vehicles.  For example, we are showing a traffic engineering solution at the show [ISC West].  These cameras are just part of the enormous amount of infrastructure that can go into a traffic intersection.  Cameras, along with traffic loop sensors, speed sensors, ambient light sensors, and microwave pedestrian detectors all feed into an ATMS (Advanced Traffic Management System) that will improve the flow of vehicle traffic and improve safety.” Stuart said.

“Today, video surveillance cameras create more than 850 petabytes of data per day, making it prohibitively expensive, if not impossible, for surveillance professionals to watch and analyze all of the captured footage. Additionally, only three percent of video cameras have any intelligent capabilities. Without enhanced analytics and automated processes, those that depend on video surveillance are only getting a small fraction of the value. The alliance between Pelco and IBM will enable a new level of customization through end-to-end, code-level integration that includes hardware, VMS, and analytics capabilities in one truly seamless solution” the press release continues.

Stuart thinks of Pelco as a data company more than a camera manufacturer.  “We can get data from many different things.  A camera is just one of them.  You can’t get operational efficiency by putting cameras on intersections and expecting operators to monitor and react to the video stream.  Conversely, a system – like Pelco’s VideoXpert System – can present things to the operators that they need to respond to.  Traffic specific functionality for VideoXpert is slated for a little later in the year,” Stuart says.

“It’s about tying the data together from both ends.  An example is a camera watching an ATM.  It should be integrated with the ATM software so that when someone stands at, or near, the ATM machines without a transaction taking place for a specified amount of time that event should trigger the bank’s security so they can investigate.  All the data already exists, it’s just a matter of tying both ends together.” Stuart says. 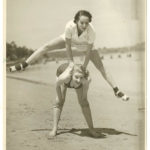 Growing their company from a legacy camera and VMS manufacturer to become a first-class security data management platform will be no small feat, but Pelco has proven itself to be nothing if not resilient and a partnership with the global technology giant, IBM, may be just what it takes to leapfrog over the competitors in this race.  It is, indeed, a crowded space in the security market.  It seems that every exhibitor at ISC West was touting AI and their ability to gather, interpret, manage, and respond to video data – not as a visual stream, but as raw data.