Skip to content
Home » by: Steve Bowcut » Professional Drone Use in the Security Industry 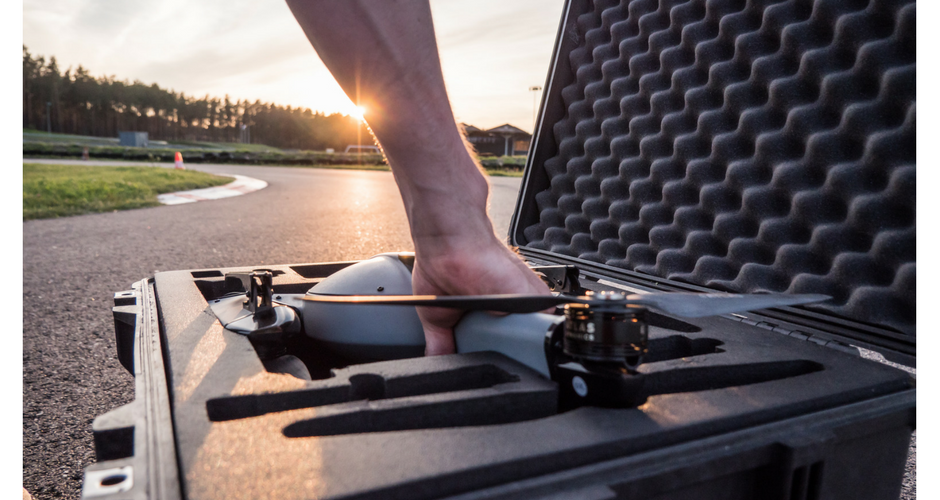 While news about unmanned aerial vehicles (UAV), or drones, is pervasive these days, this article focuses on some predictions about how professional drones will be used specifically in the security industry in the near future.  Heretofore the use of drones has been limited to either hobbyist or the military, however, their use is rapidly expanding to include the areas of broadcast news, construction inspection, agriculture, scientific data gathering, and – yes – security.  In fact, IFSEC Global (a UK based security website) maintains that 16% of respondents to their survey say they already use drones for security applications.  A whopping 60% say they foresee themselves using the technology in the future.

Security Industry thought leaders imagine a world where autonomous and semi-autonomous drones will commonly be used to detect and respond to security threats.  That reality may not be as far distant as you might think. 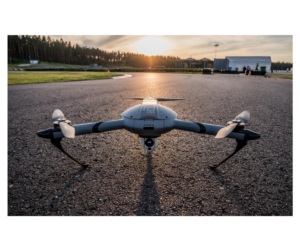 Brilliance Security Magazine recently talked with Atlas Dynamics‘ Chief Marketing Officer, Guy Cherni, to get a sense of what he sees for the future of drones in the security industry.  Atlas Dynamics is a young European company with a vision to become the leader in the professional drone market.  Atlas Dynamics defines themselves as a next-generation aerospace company and currently employs approximately 40 people, many of whom are purported to be some of the best engineers in aerospace.

When asked to describe the difference between an autonomous drone and a semi-autonomous one, Guy explained that with an autonomous drone you simply define a mission and couple that mission with an alert that will trigger the deployment – then sit back while the system responds to your security events automatically.  An autonomous drone can become just another automated sensor in your complete security system.  Imagine a fence detector going into alarm which, in turn, triggers multiple drones to automatically launch and stream video of the area to the security operations center.  With a semi-autonomous drone, on the other hand, you manually deploy the drone to assist with response to a security incident.  You take it out, set it up, and send it flying.

The idea of sending flying machines into the air to assist with security is certainly not new.  It is technological innovations in the following areas that make it possible today.

Strong yet lightweight materials – Rigid composite materials made from carbon fiber enable aerospace engineers to design drones that, given the limitations of battery life, can still stay aloft long enough to be useful. The lightweight plastics used in the manufacture of consumer-level drones do not offer the rigidity required by the larger payloads and stringent stability needed for security applications.

Battery technology – Like so many modern inventions, the need for extended battery life can limit the usefulness of an otherwise brilliant solution.  Fortunately, battery technology is always improving.  Guy claims that the Atlas Dynamics Pro tricopter can fly for up to 55 minutes and has a 30-mile range.  Their fixed wing solution, called Blue, can fly for up to six hours.

Video broadcast range – The distance at which a video signal may be broadcast back to the control center is also a limitation that must be factored in to how a drone is used.  With some models video can be transmitted, under line of sight conditions, for up to 9.32 miles (15 km). Once the aircraft has exceeded that distance the video is saved onboard and will automatically be sent to the control center once the vehicle is within range again.

Software integration – Today the professional drone market largely offers only node-to-node or closed system drones. In the future we can expect to see fully integrated systems where, using a mesh network and software integration, drones will interact with each other as well as third-party systems like smart fences. This technology will allow a single operator to control multiple aircraft.

Efficient aerodynamic design – Thanks to hobby class machines, the quadcopter is the most common done configuration today.  Utilizing four rotors is the easiest way to make a rotorcraft stable in the air, but four rotors is not a very efficient design.  This lack of efficiency translates into shorter range and flight time than does a more efficient design using only three rotors.  Tricopters are not as common, but will likely be the preferred design of the future given their enhanced capabilities.

The Nest – A Nest, at least as it is defined by Atlas Dynamics, is a smart docking system. The Nest will house the drone and provide its launching and landing station. It is expected that you will also be able to teach drones to land and change their batteries thereby providing additional flight time and distance capabilities.

Cost – Manufacturers of drones are working hard to bring the cost of professional equipment, including nests or docking stations, down to a more affordable level.  While you can expect to pay between $20K and $100K for a professional drone, we expect creative leasing options to play a big role in making the use of drones very commonplace in the security 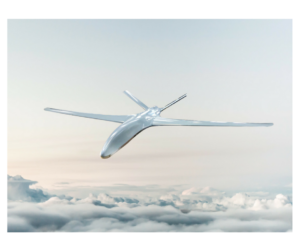 When discussing payloads for drones used for security or life safety, Guy explained that there are essentially two purposes for which these vehicles are deployed.  The first is as a delivery method for sensors, such as a camera, so the intelligence they gather can be used to make informed decisions quickly.  The second purpose is as a delivery method for other goods, such as life-saving medicine or other items, to areas for which traditional transportation methods are not viable.  To put those capabilities into perspective, consider that a multi-rotor drone (as manufactured by Atlas Dynamics) can carry a maximum payload of 2.65 lbs (1.2 kg).  The onboard camera might weigh 0.65 lbs (300 g) so that only leaves 2 lbs (0.91 kg) for additional payload.  Not much, but if medicine for a seriously ill person or a cell phone for a stranded person is what is called for, a multi-rotor copter could be invaluable.  Fixed wing drones, on the other hand, can carry up to 13 lbs (6 kg) of payload.  While not able to land just about anywhere, like their multi-rotor cousins, fixed winged drones could offer a very fast solution for the delivery of an important payload.

We expect that initially professional class drones will be deployed for security purposes by those organizations that have both significant security threats or concerns as well as large geographical areas to cover.  Critical Infrastructure entities like dams, water districts, power companies, and bridges are likely to be the first to deploy drones as a normal part of their security systems.  Eventually, even large warehouses, universities, and hospitals will use them to investigate security alerts and potential threats in parking lots or other outlying areas.

If you are a security professional that is using or considering the use of drones for security applications, we would love to hear from you and learn about your experiences.  We welcome your comments and observations.  Please “like” our Facebook page and leave your comments on the post for this article, or any other post you find interesting.