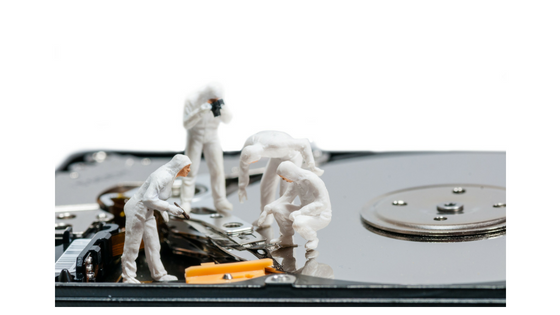 There are likely some in the security industry that still believe that “a drive is a drive is a drive” when it comes to video surveillance storage.  Not so, if you ask the manufacturers of hard disk drives (HDD).

Those systems integrators that are a little more “long in the tooth” may remember a day when the industry was first being told that general purpose data drives were not suitable for recording video surveillance.  You see, we were told, general purpose data drives were intended to handle lots of random reads but not necessarily continuous writing to the drive.  Video surveillance was, at that time, a series of very long writes with a few sequential reads sprinkled in as some video was reviewed.  The logic sounded right, so the industry moved toward using HDDs that were built specifically for video surveillance.

Fast forward a decade or so and you see an increased use of video analytics and even Artificial Intelligence (AI) being utilized by video surveillance systems.  Well, guess what!  Analytics and AI need not only additional processing power but require significantly more random reads from the storage disk.  So, have we returned to the point where we can use general purpose data storage drives?  No, that would be too easy.  Don’t forget about the need for a drive designed to handle the huge amount of continuous writing of the video data.  In today’s world, video surveillance drives must handle traditional write-intensive as well as random read characteristics.  The escalation of retention times and resolution have also increased the amount of storage modern systems must have.  This makes it more than a little tricky for drive manufacturers to provide the correct ratio between performance and price.

Brilliance Security Magazine spoke with Rags Srinivasan, a Senior Director of Marketing and Strategy for Seagate Technology, to learn more about how Seagate sees the world of surveillance storage.  Below are some of the important points to consider when thinking about the role of drives in your overall surveillance system.

Purpose Built – First and foremost look for a drive that was designed and manufactured specifically for use in video surveillance.  As noted above, gone are the days when a general purpose storage drive will meet the needs of a surveillance system.

Cost – The cost of a surveillance system, both the cost to deploy as well as the cost to maintain, is inevitably going to be a high ranking factor in making the decision to purchase.  Every component of a surveillance system should be evaluated from a cost perspective and storage can easily become the costliest component of the system.  Choosing the right storage is incredibly important.  Oh, if it were so simple as to just compare price tags and go with the lowest number, but of course it isn’t.  All of the topics discussed below will factor significantly into the real cost over time.  The purpose of this article is not to provide a cost comparison between drive manufacturers, so suffice it to say that each of the below should be examined carefully before making a purchasing decision.

Reliability or MTBF – It should be obvious that from both a cost perspective as well as a system usability standpoint, drive reliability is extremely important.  Depending on the purpose of the surveillance system in question, loss of video may simply not be acceptable.  In every case, a failed drive will cost the user time and money.  Sometimes, lots of money.  Look for a drive that will provide a mean time between failures (MTBF) of at least 1 million hours, preferably more.

Scalability – It is hard to imagine a building system for which scalability is more important than it is with a surveillance system.  Almost regardless of how many cameras the system was originally designed to have, the user will want to double and triple the size of the system in just a few years after initial deployment.  It is in the nature of video.  More and more uses, which quickly become needs, are conceived of as the system is used.  Even beyond tradition security, the potential uses for security surveillance camera views will invariably grow quickly.  The last thing any user wants is to be pigeonholed into a system that is shortly too small or will require a forklift upgrade to meet their needs.  Find a surveillance storage solution that will allow for elegant and cost-effective expansion.

Data Recovery Options – With some surveillance systems, the video data is so valuable and necessary for the mission of the organization that the risk of losing data must be mitigated at all costs.  RAID arrays and redundant storage are solutions to consider in those circumstances.  In many cases, however, a data recovery service will suffice.  Look for a data recovery plan that bails the user out in case of any failure – at least to the degree that it is technologically possible.  This should include data corruption and viruses as well as mechanical failure.  The user will likely need to send the drive(s) away for rescue, but in most cases, the data can be retrieved.

If you take only one thing away from this article, let it be this: Just as much, if not more, time and effort should be invested in selecting the storage drives for your security surveillance system as is invested in selecting the cameras and VMS.  Without the right drives, all the fancy camera features and VMS functionality will mean nothing if you lose critical video.  To be sure, the storage drives are often but a component of the DVR/NVR so you will need to be discriminating about the manufacturers you consider.