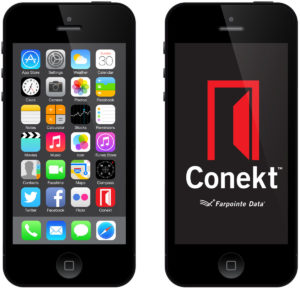 Google Android® devices, to be used as an electronic access control credential.

No longer will people need various physical credentials to move throughout a facility. Instead, a person’s iPhone or Android smartphone, which they carry with them wherever they go, will have the credentials they need to enter into any authorized access system. In fact, such a system can reach beyond the facility into their homes, their automobiles or at the gym.

“Mobile has already disrupted so much in both our personal lives and the enterprise, but we are still tapping an old school badge on a door access reader,” David Anthony Mahdi, research director at Gartner Research says. “It’s a dichotomy. On one side we are doing all these amazing things with our phones but then we are still using 20-plus-year-old technology to get into our buildings.”

Referred to as mobile or soft, smartphone-based access control credentials are another version of traditional RFID cards and tags, joining proximity and smart card credentials to support a user as she moves about a secured facility. Gartner suggests that by 2020, 20 percent of organizations will use mobile credentials for physical access in place of traditional ID cards. Soft credentials provide several advantages over hard credentials. They are more convenient, less expensive and more secure. This is true for both end users and installers.

They are more convenient because the user already has his credentials and already carries it with him wherever he goes. Credentials can be delivered to the end user in either paper or electronic form, such as via email or text. The dealer has nothing to inventory and nothing to ship. Likewise, the user sponsor has nothing to store, nothing to lose and faces no physical replacement hassles. Cost is lowered as nobody must undertake “1sy-2sy” replacement orders.

Original soft access control systems are already being used by innovators, approximately five percent of users, according to Gartner. There were the typical drawbacks with a new technology. Before they switched to soft credentials, the next wave of users have requested smartphone solutions that eliminate many of the frustrations that they discovered with their original smartphone apps and hardware, the main one being complicated implementation practices. The newer solutions provide an easier way to distribute credentials with features that allow the user to register only once and need no other portal accounts or activation features. By removing these additional information disclosures, vendors eliminated privacy concerns that have been slowing down acceptance of mobile access systems.

One additional concern held back some buyers. What if the baby boomers at our facility don’t have a smartphone? Problem solved. Just be sure that your soft credential reader can also use a smart card.

Just like hard credentials, soft credentials can support the 26-bit Wiegand format along with custom Wiegand, ABA Track II magnetic stripe and serial data formats. They can be ordered with specific facility codes and ID numbers. They are delivered in the exact number sequence ordered with no gaps and no under- or over-runs.

Two technologies are used – Bluetooth and NFC (Near Field Communication). Bluetooth readers are less expensive because almost every smartphone already has Bluetooth. Not even 50 percent of all smartphones yet have NFC.

Bluetooth’s other big advantage is read range, up to 30 feet. Plus, installers can provide adjustable read ranges and differ them for various applications. For instance, they could be six inches at the computer access control reader but 24 inches at the front door. When entering the facility gate, a still longer read range, perhaps six feet, can be provided so users don’t have to open their car window to reach the reader. NFC readers only operate with a read range of a few inches, that of a proximity card, eliminating any possibilities of simply leaving the smartphone in the pocket or purse and still get reads.

Many companies still perceive that they are safer with a card, Gartner’s Mahdi notes, but if done correctly, the mobile can be a far more secure option with many more features to be leveraged. Handsets deliver biometric capture and comparison as well as an array of communication capabilities from cellular and Wi-Fi to Bluetooth LE and NFC, he adds.

Bottom line – both Bluetooth and NFC credentials are safer than hard credentials. Read range difference yields a very practical result from a security aspect. A Bluetooth reader can be installed on the secure side of the door while NFC must be mounted on the unsecured side.

As far as security goes, the soft credential, by definition, is already a multi-factor solution. Mobile credentials remain protected behind a smart phone’s security parameters, such as biometrics and PINs. Once a biometric, PIN or password is entered to access the phone, the user automatically has set up 2-factor access control verification – what you know and what you have or what you have and a second form of what you have. 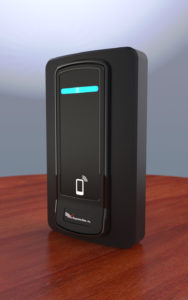 Likewise, check if the new soft system requires the disclosure of any sensitive end-user personal data. All that should be needed to activate newer systems is the phone number of the smartphone.

Installing Soft Credentials Is So Much Easier

Smartphone credentials are sold in the same manner as traditional 125-kHz proximity or 13.56-MHz smart cards – from the existing OEM to the dealer to the end users. For the dealer, smartphone credentials will be more convenient, less expensive and more secure. They can be delivered in person or electronically. They are quicker to bill with nothing to inventory or to be stolen. Also, in most cases, soft credentials can be integrated into an existing access control system. Distribution can also be via independent access control software.

There are two types of software. First is the Wallet Application, a free software that is downloadable from the Apple App Store or the Google Play Store. Its purpose is to hold the access control credentials. Typically, the Mobile Wallet App will store as many credentials as you will want, all at one time.

Smartphone credentials deploy so much faster than hard credentials. To install a mobile credential, a user needs to first have the Wallet App installed on a supported smartphone. Next, you launch the App and select the “Add” button, indicating that you would like to load a new credential. A Registration Key Certificate is provided for each credential ordered. Now, enter the unique 16-character Key from the Certificate and tap “Submit.” Once successfully registered, the new mobile credential will appear in the Wallet App ready for use. From that point on, the user simply holds their smartphone up to the reader when they approach it.

Why Multiple Credentials Are Emphasized with Smart Phone Access Control

The simple reason is that this is the future. Already, we’ve discussed access control at the front door, the parking gate and for the data system. But, at lunch, soft credential would also be available in the cafeteria or the vending machines. Students could check out books while machinists select the tools they need. They become a photo ID at the club. All are separate applications with their own access control systems.

Thus, a Mobile Wallet App will normally store many credentials on a smartphone at one time. The actual quantity is dynamic and is related to the memory specifications and internal storage space available on each individual smartphone.

And, more opportunities are on the way. How about using your smartphone as an intelligent key for your car? Want to know where your child is driving, how fast or if he added gas or oil? How about using it to access your gym, automatically synch to a piece of equipment or analyze the effectiveness of your workout? Forget all those other tags and cards. Your smartphone will become the passport to all aspects of your life from work to home to avocations. At a fraction of the investment you have in hard credentials, secure soft, digital credentials are all you need.

The Hard Fact about Soft Credentials

Soft, mobile, smartphone-based access control credentials are inevitable. Every security professional needs to get on board. 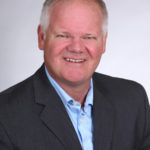 About the Writer: Scott Lindley is a 25+ year veteran of the contactless card access control industry. He is general manager of Farpointe Data, the leading OEM for cards and readers. He can be contacted at Scott.Lindley@farpointedata.com.