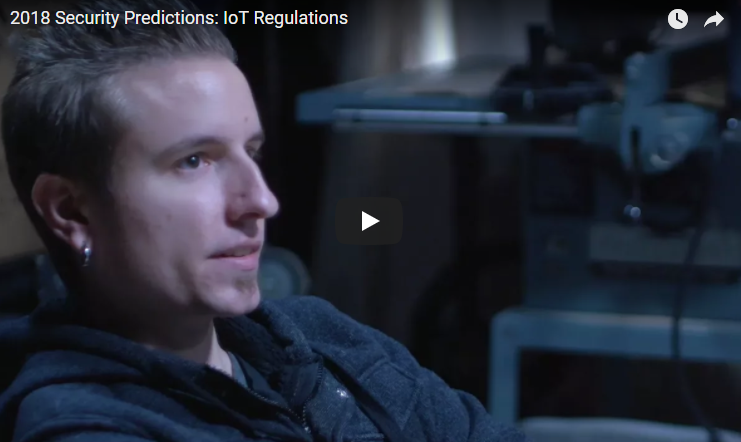 Creating massive botnets utilizing IoT devices around the world is a cyber-criminal’s dream come true.  Will it take government regulation to force manufacturers to produce devices with adequate built-in protection?

With manufacturers cranking out IoT devices as quickly as possible – and security controls thrown in as an afterthought – the black hats are poised to build on the Mirai source code and wreak some major havoc online. Could their new botnet be the one that drives governments to better regulate IoT devices?

WatchGuard Technologies add IoT regulation to their list of 2018 Security Predictions.  Watch the video below to learn more.