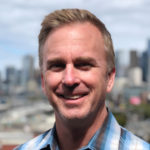 Leading up to the hectic events of ISC West, Brilliance Security Magazine talked with Mike Vance, Senior Director of Product Management at RealNetworks to gain a better understanding of the announcement they planned for the show in Las Vegas.  At the show, RealNetworks, a well-known leader in digital media software and services, announced SAFR™ for Security.  This new solution integrates SAFR, their facial recognition platform for live video, with leading Video Management Systems (VMS) to provide enhanced visibility and situational awareness for security professionals.

Today, heads of security at hospitals, stadiums, corporate campuses, airports, and other enterprises must maintain high awareness over large areas via a growing number of security cameras. To know whether a familiar person, employee, VIP, perceived threat, concern, or stranger is onsite, security professionals must rely on their ability to focus on key details and then make accurate assessments.

Available as a standalone solution or integrated with market-leading Video Management Systems, SAFR for Security provides 24/7 monitoring to detect and match millions of faces in real time, delivering a 99.86 percent accuracy rate. When SAFR for Security is paired with a VMS, the integrated experience includes video overlays within the VMS to identify strangers, threats, concerns, unrecognized persons, VIPs, employees, or other tagged individuals in live video. Security teams can customize real-time alerts to automatically notify them when persons of interest appear on a video camera feed or make use of automated bookmarking to conduct forensic analysis. SAFR for Security attaches rich metadata to video footage so security professionals can search by time range, location, category, person type, and registered individual instead of sifting through hours of video to find a specific person.

Mike told us, “We developed a system that allows people to monitor live or recorded video to analyze the content to see if there are faces in the video. And if there are faces, to extract those faces and then compare them against a database of other faces. Part of our technology is the intelligence around the actual comparison of the images, the recognition itself, and in that were ranked by NIST as one of the top facial recognition algorithms in the world. The other part is the intelligence that we put on the edge to be able to figure out which image from the video to send for the comparison.”

The underlying SAFR platform has been optimized to detect and recognize faces in live video based on its industry-leading excellence in accuracy and performance. The SAFR platform can be deployed on a single PC to monitor a handful of IP cameras or scaled to thousands of cameras in a distributed architecture hosted on-premises, in the cloud, or hybrid. All data passed through SAFR is protected with AES 256 encryption in transit and at rest. The platform also provides actionable data for live analytics of traffic volumes, demographic composition, dwell times, heat maps, and data exports for further reporting.

More and more enterprises are using cloud services for video processing and storage.  Mike explained, “When SAFR detects a face, it pulls that out as a very small image and that image gets sent off for additional processing, either locally or in the cloud, to create the facial template – or what is called the biometric signature – and then the lookup. And because we split that process up, instead of having that one big part, it allows you to operate a cloud-based service without having to push all your video into the cloud for processing. If you imagine a big stadium with a couple of hundred 4K or even 16K cameras, you wouldn’t be able to push all that video into the cloud. Because of the way that we split it out, it allows you to operate at scale with hundreds or even thousands of cameras with a very small amount of bandwidth coming in and out of a facility. You can also operate it a hundred percent on-premise if you choose.”

SAFR create an informative video to introduce SAFR for Security to the marketplace. You can view it below.