Skip to content
Home » Industry Trends » Why Can’t Your Enterprise Surveillance System Be More Like Other IoT Platforms? Maybe it Can!

Most every physical security practitioner has wondered, at some point, why the security systems they use every day at work can’t be more like the IoT systems they use at home. Many of the systems we are becoming accustomed to at home provide fast intuitive interfaces that always seem to work the way they were designed. Enterprise security systems, on the other hand, are often clunky, built on older technology, and take full-time staff to keep them maintained. The tide seems to be changing, however, as new built-from-the-ground-up systems are emerging on the market.

Modern built-from-the-ground-up systems that were conceived of and designed with the very latest in communication and application development techniques will – if they are willing to shun the idea that “this is how we do things in the security industry” – bring us a whole host of features and a level of performance that was not possible in the past.

In an effort to bring you a peek into what is possible with modern computer science techniques we sat down with the Founder of a brand new video surveillance platform to learn how they bring modernity to the security industry.

With a background in computer science at Stanford University and a focus on human-computer interaction for his master’s degree, Filip Kaliszan – Founder and CEO of Verkada, set out to modernize the world of physical security. He is well positioned to bring the intuitive interaction we have all come to expect from consumer IoT devices to an enterprise level security surveillance system. And he is fulfilling his dream as he builds a SaaS-driven enterprise video surveillance platform.

When examining the surveillance solutions available today, the Verkada team came to a realization that while there has been a vast amount of progress, in terms of intuitive interfaces for consumer products, even with home security products, this is not the case for enterprise security solutions.

Filip told us, “We saw this void, especially for enterprise video security. There has been a lot of progress around video hardware with megapixel counts, lenses, and sensors, but there are very few companies focused on tackling video surveillance issues from a modern software approach. We saw an opportunity to bring innovation in this area by building a software-driven surveillance system for the enterprise market.” 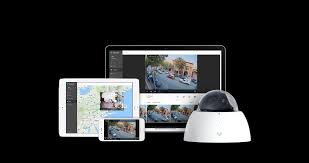 While their goal is to improve the software performance and experience, they realized at the very inception of Verkada that in order to free themselves from the inherent limitations of cameras that are currently being manufactured, they would need to provide their own cameras and hardware. This, they determined, would enable them to provide the absolute best experience to the customer and to the installer. “All the way from when you open the box to when you mount the camera on the wall, it should be a seamless and well thought out process,” Filip said. “We wanted to make sure that it was easy. Even if you have a thousand cameras to install, they should be shipped on a pallet and ready to install when they arrive. It should be quick to pull them from the box with mounting plates ready to be attached to the wall,” he added. 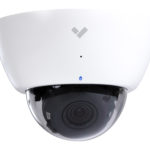 They have started with the basics needed to address the most common requirements of the market. They offer an indoor dome and an exterior dome. Each engineered with industrial grade materials and built to perform and last in even the toughest conditions. They include unique features like tamper detection and alerts with a built-in accelerometer that detects unusual motion of the camera itself.

Unrivaled low-light performance, as well as PoE plug-and-play, were important to Verkada.

Verkada stores video at the camera and then sends metadata to the cloud. Filip states, “We store 24/7, recording for 30, 60, 90, or 120 days on each camera. We send metadata to the cloud, which is basically thumbnails and other information needed for analytics. That stream is very small relative to video. It’s only about 20 kilobits per second. That is why our dashboard works extremely fast. Once you find the video you are looking for, the system will pull that data directly from the camera.” 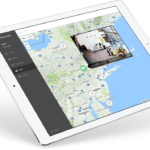 Experience their mobile app by sending yourself a live link to their office cameras.

Filip maintains that Verkada is becoming very popular among school districts and businesses that are in need of replacing their legacy systems and want to move as far toward the future of surveillance as is practicable with their new acquisition.