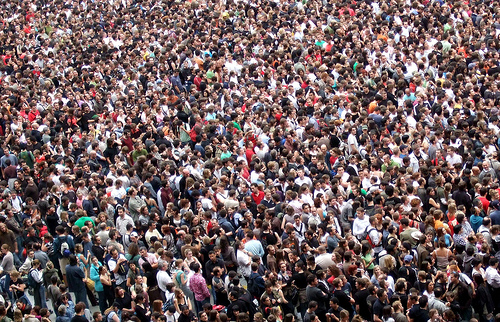 For terrorists – which would include anyone seeking to strike terror into the hearts of large numbers of people – soft targets are a practical convenience with symbolic value.

Soft targets are defined as those potential victims, or victim groups, that are relatively unprotected or vulnerable.  Usually because providing protection would be unreasonable or in some way prohibitive.

“They are places that are difficult to harden because that would undermine the very reason they exist,” said John Cohen, a former counterterrorism coordinator for the Department of Homeland Security.

Karen Greenberg, the director of the Center on National Security at Fordham University School of Law, told ABC News that an attack at a concert carries deep cultural significance.

“The symbolism of attacking Westerners who are enjoying themselves is what makes it an attractive target,” said Greenberg.

We are not, however, completely helpless and at the mercy of would-be terrorists of any ilk. There are things that can be done to protect against this type of incident.   Security is still security and many of the same conventions and best practices still apply.

Applying the security principle of “Defense in Depth” – deploying multiple layers of security controls – is critical.  In the case of large-venue soft targets this begins with identifying that subset of the community that may have a proclivity towards violence and then attempting to determine when those individuals may be in the vicinity of a potential target.  Obviously this process needs to fall within the jurisdiction’s privacy rights and will undoubtedly yield a much larger pool of potential attackers than can effectively be excluded from an event – but it’s one piece of data that makes up the whole picture.  Also, often the attacker will not fall within any identifiable group, such as with the Las Vegas shooter.

“At the end of the day, it is extraordinarily difficult to secure every soft target within a jurisdiction, so our success in reducing these types of attacks will only come when we’re better able to identify those within our communities who are potential attackers and prevent them from committing an act of violence,” Cohen said.

Perimeter protection is the next layer of defense.  Even beyond the physical perimeter of a soft target much can be done to identify potential threats.  Undercover agents surrounding the vicinity of an event can watch for suspicious activity.  In the case of the Las Vegas shooting, it is conceivable that the Mandalay Bay hotel, and it’s guests, could have been (and maybe they were) being watched for anything out of the ordinary.

Anti-sniper teams can be an effective countermeasure in the protection of large venues.  Unless observed by the attacker and therefore a possible deterrent, this tactic will not usually stop an attack, but can significantly reduce the damage caused.  In the case of Las Vegas, it is likely that the shooter would have caused much less damage if he had come under sniper fire immediately after his initial rounds were fired.

Additional layers of security, such as bag checks, and surveillance – both human and electronic – can help to prevent bombs in unattended bags and other threats from inside the venue.

Cohen said that people should “be aware but not afraid” of going to soft target areas, noting that they should be observant, should alert law enforcement if they spot anything suspicious and, because there may be increased security at large events like concerts, should plan accordingly.

Journalist and commentator, Judith Miller said “There are things that potential terrorism “soft targets” can do to make themselves less vulnerable. Police and security consultants, for example, urge diplomats in dangerous posts to alter their routes to and from work, fortify their homes, offices, and compounds, give out as little information as possible about their planned activities, and limit distribution of personal data. But none of these sane safety rules apply to shootings in which slaughter is random and seemingly without motive. Passengers in train stations, airports and shopping malls, theater and concert goers, attendees at sports events: such individuals are simply in the wrong place at the wrong time.”

Speaking of the Las Vegas attack, Raymond W. Kelly, the New York Police Department’s longest-serving commissioner and now vice chairman of K2 Intelligence said, “You couldn’t have had a worse, more terrifying scenario.”  An individual with no criminal record, with as many as 23 weapons, some of them apparently modified to be fully automatic, shooting down on the ground from on high in a fortified position.  The simplicity is part of what makes this so deeply disturbing.”

Situational awareness, that part of your brain that is always scanning for and analyzing potential threats, is an important part of individual security.  We should be able to rely on law enforcement and security professionals to properly and consistently deploy all appropriate security measures, but we must all contribute to our own security by constantly being aware of our surroundings and avoiding and reporting perceived threats.