Skip to content
Home » Uncategorized » 2018 Security Predictions: Cryptocurrency Crash – A Major Vulnerability Will Topple the Value of a Popular Cryptocurrency 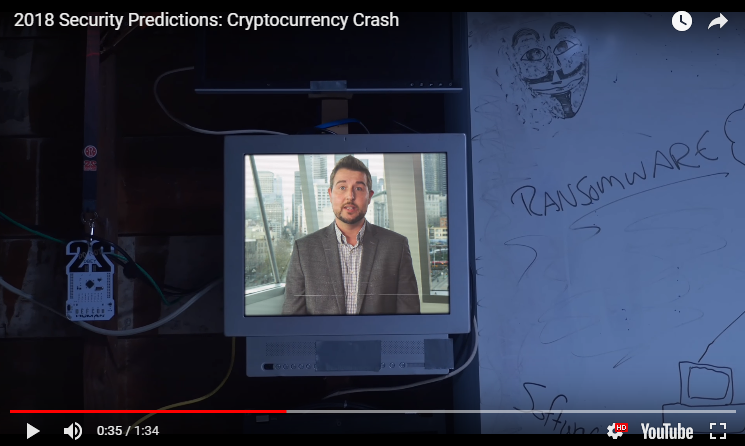 When most people think of cryptocurrency and blockchain technology, the first thing that comes to mind is Bitcoin. While Bitcoin was the first cryptocurrency and remains the most popular, there are actually many different crypto coins in existence. Other coins like Ethereum, Litecoin and Monero all maintain total market capital over $1 billion. Each new cryptocurrency brings new innovations to their respective blockchains. Ethereum’s blockchain for example, acts as a fully decentralized computer capable of running applications. However, these additional blockchain features introduce additional security considerations.

Ethereum already saw a near-50 percent drop in value back in 2016 when hackers exploited a vulnerability in a popular blockchain application to steal more than $50 million in Ethereum cryptocurrency. Since then, bug bounty programs and public code reviews have become a major part of blockchain development, but attacks have continued, including one that targeted a popular Ethereum multi-signature code wallet and made between $100 and $500 million in Ethereum permanently inaccessible.

As the value of these cryptocurrencies grows, they will become much more appealing targets for cyber criminals looking to make millions. WatchGuard Technologies predict that hackers will find a vulnerability severe enough to completely wipe out a popular cryptocurrency by destroying public confidence in its security.

Watch this video to see their prediction for 2018.